Posted at 13:38h in Uncategorized by admin 0 Comments
0 Likes

HEALTH MINISTER SIMON Harris said he had a “good” and “interesting” meeting with Bord na Móna recently about the semi-State agency taking up responsibility for growing Ireland’s medicinal cannabis supply.

In May, Minister of State for Natural Resources, Community Affairs and Digital Development Sean Canney told TheJournal.ie that the option of Bord na Móna growing medicinal cannabis has been discussed with the company’s management.

He told this website that it was at “very, very early stages”, but said that “a huge array of options of how to go from a brown to a green company are being looked at”.

“It is very much at the project phase at the moment”, but “the option of medicinal cannabis being grown on the site is being considered”, said the Galway TD.

Yesterday, at the launch of the medicinal cannabis access scheme, Harris said:

I did have a very good and interesting meeting with Bord na Mona with Minister Canney in recent weeks and it is true that Bord na Móna are looking at this area.

Obviously they are a commercial semi-State, it is a matter for them to make these decisions, but instinctively I think in the medium term this is something that would make sense, for Ireland to have its own supply. I have spoken to my Danish counterpart and I know that is what they have done in Denmark, from a quality perspective, to grow their own. I think we are little bit away from that yet. 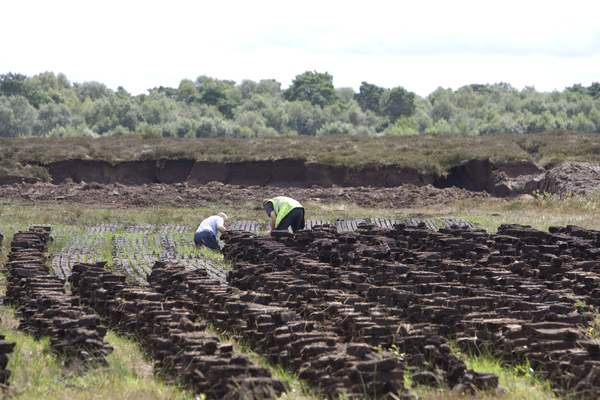 While the minister said his first priority is to get the programme up and running and ensure that the products that are available can be made available to Irish patients, Ireland growing its own is an option that should be explored.

The minister made a similar point in an interview for The Explainer podcast, stating that he has a “very open mind” about Ireland doing so, stating that his “gut feeling is [that] it should”.

The minister went one step further, indicating that the State or the public health service might end up owning its own medicinal cannabis supply.

The minister said that the health department has been having a number of conversations with suppliers interested in importing cannabis into Ireland for medicinal use, with Harris stating “there is quite a lot of interest in supplying product into Ireland”, adding that the application process to potential suppliers is now open.